Sandy Island is one of those hidden gems that motivated us to start Amazing Mile Marker Stops. Many boaters would pass right by it and never know that it was there. But every boater should spend at least one day at Sandy Island Beach. The beach is, of all places, hidden up a narrow river. Although only a one boat wide river, it is long enough to accommodate as many boats as want to show up. The beach is a large sand dune in the middle of nowhere. As you crest the dune, you discover it continues down the other side to a large lagoon. You can actually anchor in the lagoon, but it might be a little tricky for sailboats and large power boats due to overhanging branches on the canal leading to it. Although we did not take Elixir in there, we did dinghy along the path and would have felt comfortable taking her in. This was originally supposed to be an entire waterfront subdivision and there are plenty of canals to explore along with the lagoon. The river itself is worth a trip upstream to see the beautiful scenery and wildlife. We would recommend stopping on a weekday as the locals show up in droves on the weekend. 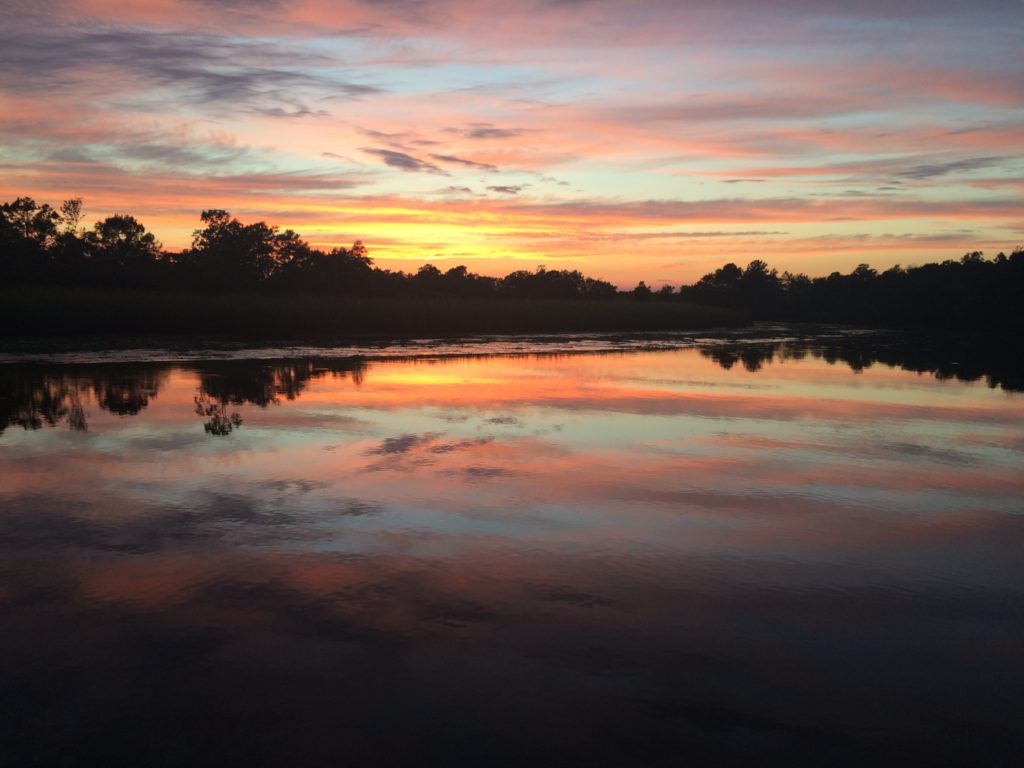 Turn east into the Thoroughfare Creek right at green 73. The creek immediately makes a sharp bend to the right and the beach is only a short distance further on the starboard side.