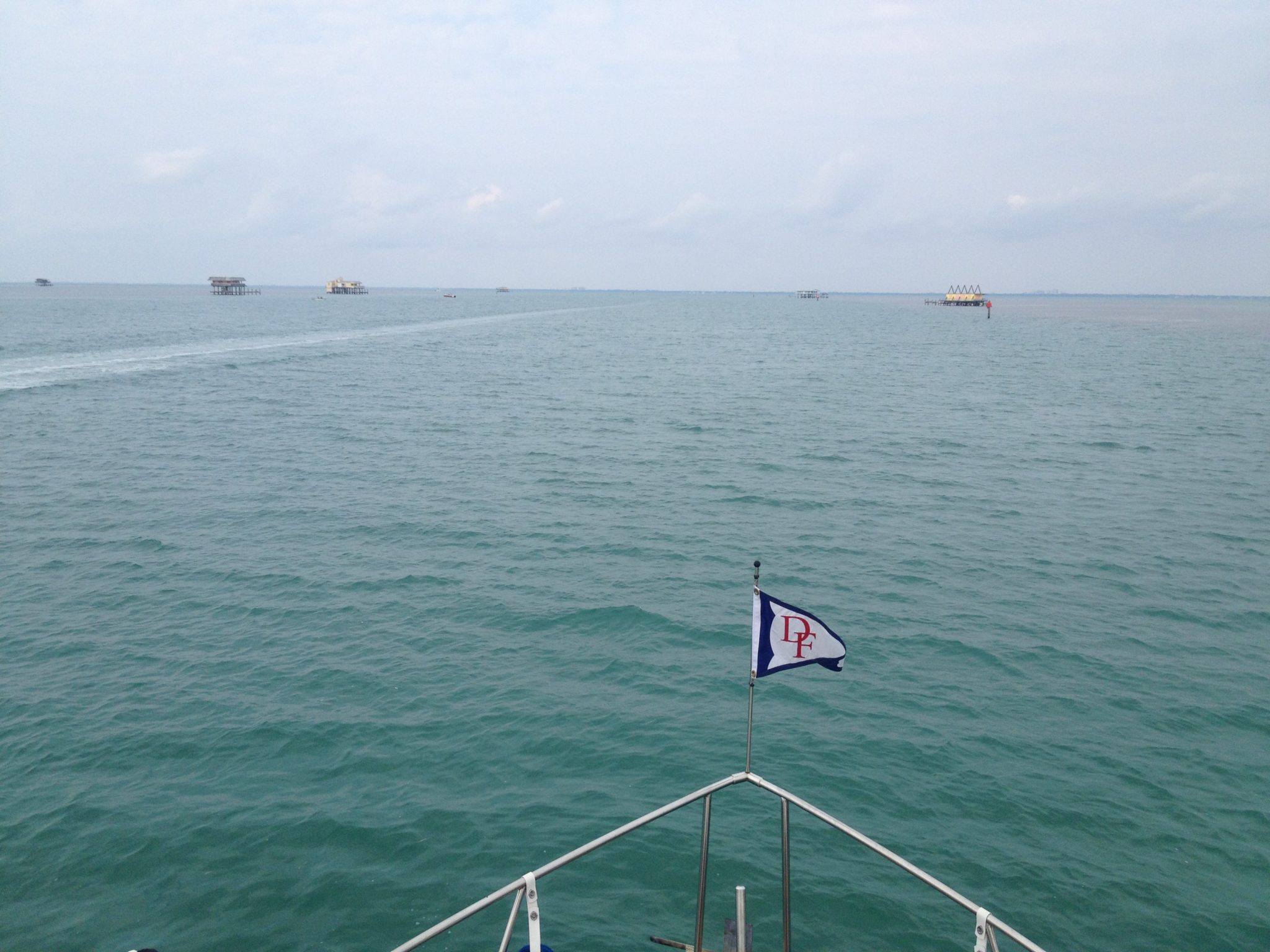 Stiltsville is the remnants of what used to be a vibrant little community of homes built on stilts in Biscayne Bay beginning in the early 1900’s. At one time, it included several clubs which provided alcohol and gambling. Rumor has it that these persisted even after it was deemed illegal, since police could be seen for some distance across the water and thus could not conduct a surprise raid.
Laws eventually prohibited the construction of any more stilt houses and one by one hurricanes began to destroy the existing shacks. The few remaining houses have been deeded to a non-profit organization with the owners maintaining rights to use until they die.
By last count, only about 7 houses remain, so visit them before they are gone!

Turn east towards the ocean just south of the southern tip of Key Biscayne and head into the marked Biscayne Channel. Most of the houses line the edges of this channel, although a couple are located on minor channels. The houses are built in shallow water right on the edge of a deeper channel, so be careful not to get on the wrong side of the house.